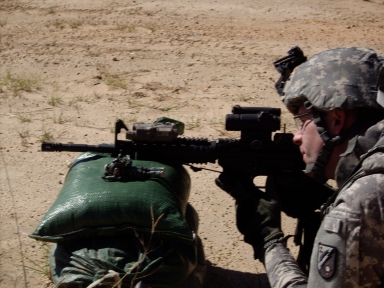 This last month has really flown by!  We have been training non stop.  6 days a week and 10 -15 hours per day…  We have completed our Dari Language training, and I can engage in some very basic conversation.  We have really been pushed in the last few days as we now run operations with live ammunition.

We have done a lot of training involving safety (IED detection) and weapons.  I qualified on all systems, and the grenade machine gun is a really nasty beast.  Jim while shooting the .50 cal mounted on a HUM-V I can hit a target at 1500 meters!

We had a class one Saturday morning with some special forces guys where they taught us how to use foreign weapon systems.  The AK weapons systems is a simple and dependable design.

My job is really beginning to take shape now.  It is becoming very clear that Afghans desire to do things for themselves, but they lack educational opportunity and, thus my role as a Combat Advisor.  My main job is to support and advise medical professionals in Kabul. I have been in contact with the Navy Lieutenant I will be replacing and she has shared some amazing stories.  They make 2 steps forward and one backwards…  Corruption is one of the biggest problems.

One of the more interesting aspects of my training has been the history and cultural aspects of Afghanistan.  We discussed world events leading up to the Russian invasion and the internal struggle

for power following Russian occupation.  We also discussed how this deployment is either similar to, or different from Vietnam.  They pressed upon us the lessons learned from Vietnam, hopefully we will avoid some of the pitfalls that occurred then.  I would like to say we learned a lot from Vietnam and we are moving in a different direction. 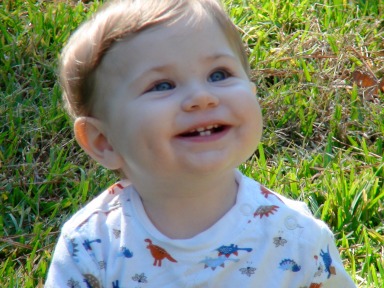 This past week we were honored with a visit from Senior Leaders from the Afghan Army, Police, and Special Forces.  They shared with us their excitement for the future of their country.  They face some significant issues regarding training and supply.  Getting mission essential supplies distributed through out the country is quite a task since there is only one paved road in a circle around the country…

There are still some glaring medical issues there from what I am told.  There is quite a treatment dichotomy between men and women.  Their medical system starts in rural areas where, their professional is a poorly trained EMT.  They can seek higher levels of care but may need to travel hours to find it.  There are really 3 different medical systems in Afghanistan, Police, Army, and civilian.  The members of the police and their families get care in one building and the Army in another.  The civilians get the worst care of all as the financial resources have been consumed by the military.  Their infant mortality is approaching 20%, if you need an OB for a breech baby…  They also have increased rates of maternal postpartum infection despite knowledge of infectious disease.

I hope to focus my time and energy in bettering care for infants and children.

I had another great visit with Grace and Connor over Veterans Day in November.  We found another Zoo, this one was a petting Zoo!  There Connor saw a camel, and a Giraffe named Jerry.  He couldn’t get his hands on the camel fast enough.

I will be home in December for a few days to rest up for the big trip to Afghanistan.  The weather where I am going is COLD!